Why is Bitcoin so volatile? 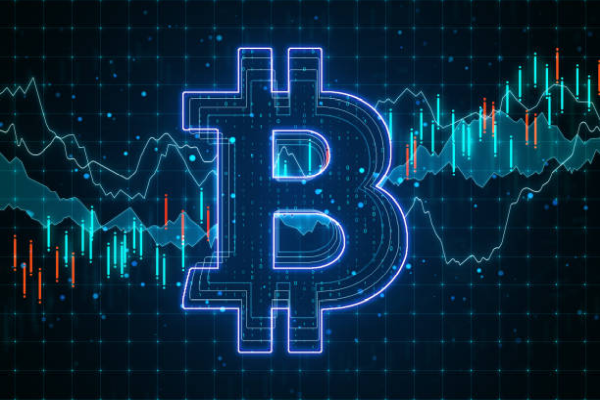 Investing in Bitcoin can be risky due to its high degree of price volatility. Prices can swing wildly up and down over short periods of time, making it hard to predict what will happen next.

The stock market has made -20% due to the ongoing situation. But crypto has made allmost -70%. Why is crypto so much more volatile compared to other stocks?
- Valued Reader


There's also no guarantee you'll make any money back if you do invest; you could lose everything you put in just as easily as you could see gains. For all these reasons, anyone thinking about investing should speak with a qualified professional first before making any decisions. But why is it so volatile? Supply and demand play a major role in setting the price of most commodities, and Bitcoin is no exception. The cryptocurrency's value is largely determined by how many coins are currently in circulation, as well as how much people are willing to pay for them. By design, only 21 million Bitcoins will ever be created – meaning that as more of these digital tokens enter circulation, prices are likely to rise accordingly.
While it remains difficult to predict exactly what will happen once the supply reaches its limit, we can expect increased competition among investors for ownership of a limited number of coins. This could cause Bitcoin's price to fluctuate significantly in response to any actions taken by large financial players with a vested interest in this market.

Bitcoin is the world's most popular cryptocurrency, and its demand is only increasing as supply becomes more limited. Long-term investors are holding onto their Bitcoin, preventing those with fewer assets from gaining exposure. According to the National Bureau of Economic Research, one-third of all Bitcoins were held by the top 10,000 investors at the end of 2020.
Brokers and other financial institutions are working desperately to get approval from the Securities and Exchange Commission for Bitcoin-backed securities—the number held by institutions and large investors will continue to rise as more securities are designed. This increased institutional interest in Bitcoin is driving up prices and volatility.
Investors' belief in Bitcoin's utility as a store of value drives much of its market activity.
Many believe that it will retain its value or even grow over time, making it a hedge against inflation or an alternative to traditional value stores like gold or other metals. However, emerging technologies like decentralized finance (DeFi) may reveal new challenges for Bitcoin's staying power in the future markets.

Bitcoin's price is impacted by a variety of factors, including regulation and government agency views. Rumors about regulations tend to impact Bitcoin's price in the short term, but the significance of the impacts is still being analyzed and debated. Government agency views of cryptocurrency can also affect Bitcoin's price. For example, the Internal Revenue Service (IRS) considers Bitcoin a convertible virtual currency because you can convert it to cash.
The IRS also considers Bitcoin a capital asset if it's used as an investment instrument. Additionally, if you mine a bitcoin, you are required to report it as income based on its market value on that date—meaning taxes factor into bitcoin prices although this doesn't necessarily contribute to volatility unless tax regulations change often and cause investor concerns.
China cracked down on cryptocurrency mining following a meeting of the State Council Financial Stability and Development Committee in May 2021 which caused massive shutdowns of farms across the country; rumors preceding this event had already caused prices to drop but when news came out aboutthe crackdown August sees another significant dip taking BTC values down around $29700.

The media has had a large impact on the price of Bitcoin. Whenever news or media outlets announce something related to Bitcoin, there is usually a big price move either up or down.
For example, when Proshare's introduction of its Bitcoin Strategy ETF was announced in late October 2021, investors rushed to buyBitcoin causing the prices to skyrocket over the next few weeks. However, after the initial hype died down and people realized that the ETF was linked to futures contracts traded on commodity markets rather than directly with Bitcoin itself, prices dropped back down around $50 000.
The lesson here is that while media can have a big influence on short-term price movements, it doesn't necessarily reflect long-term prospects for an asset.

To summarize:
Bitcoin's price is volatile because it is still a new asset with a limited supply and a lot of speculation surrounding it. The actions of big investors can cause price swings, and news and media coverage can influence investor sentiment. Government regulation is also a factor, as changing tax laws can impact the price. Lastly, Bitcoin is still in its infancy, so prices are likely to continue to fluctuate until the market matures.