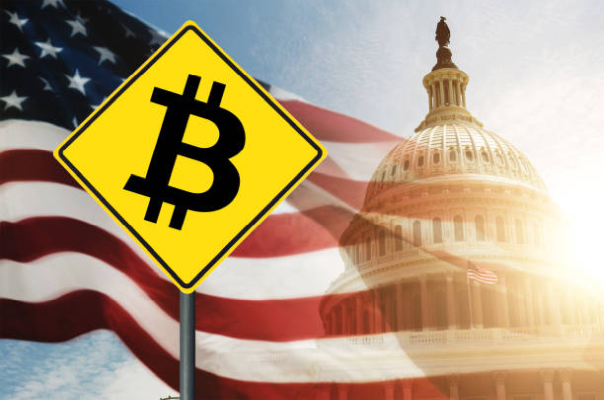 Inflation has been a major concern for households in the United States and across the world this year as countries battle rising prices across the board.
One of the major contributing factors has been an increase in energy prices, which is thanks partly to Russia’s invasion of Ukraine (as many countries have sanctioned Russia over the war, President Putin has leveraged the country’s rich energy supplies against the West, leaving Europe on the cusp of its biggest energy crisis in decades).

As the price of goods has risen, central banks around the world have responded by hiking interest rates in a bid to curb inflation. In the U.S., the Federal Reserve indicated that it would be taking a hawkish stance in late 2021, which sent chills through crypto and global markets.
The Fed has since hiked interest rates multiple times to the current levels of between 2.25% and 2.5%. The Fed has indicated several times that it’s targeting a 2% inflation rate and the central bank’s chair Jerome Powell warned of more “pain” ahead at his speech in Jackson Hole last month, which could mean further hikes are on the horizon. Powell is expected to announce another 75 basis point hike at next week’s FOMC meeting.

Markets have paid close attention to both the Fed and the CPI numbers over recent months. Since the Fed has committed to its plan to hike rates, rising inflation numbers have sent jolts through markets. That’s because hiking rates makes the cost of borrowing money more expensive, which tends to hurt risk-on assets as investors flee to traditional currencies like the dollar. For instance, when June’s CPI print came in at a 40-year high of 9.1%, Bitcoin and Ethereum suffered sharp selloffs.

When inflation numbers have cooled, however, assets like Bitcoin have rallied. Similarly, somewhat counterintuitively, investors reacted positively to the Fed’s latest interest rate hike. That’s likely because a 75 basis point rise was lower than some had initially feared (talk of potential 100 basis point hikes has done the rounds in finance circles throughout this year).

The shaky macroeconomic environment, punctuated by rising prices and a hawkish Fed, has been one of the major factors behind crypto’s months-long price slump. The global cryptocurrency market capitalization topped $3 trillion as other markets hit all-time highs in November 2021; today the space is worth closer to $1.1 trillion.

With its hard supply cap of 21 million, Bitcoin has frequently been touted as an inflationary hedge (inflation was an important narrative during its rally at the beginning of the pandemic, and has remained key to Bitcoin’s value proposition as other crypto assets tout use cases like smart contracts).
However, it’s repeatedly proven that it trades in correlation with traditional markets, not least this year. Even if scarce crypto assets like Bitcoin are a bet against inflation, they tend to react to rising prices like traditional equities on short-term timeframes. Though inflation may have cooled, with the Fed ready to announce further hikes, crypto fans could be waiting a while until Bitcoin has its next moment in the sun.