How will the summer slump affect the Bitcoin price? 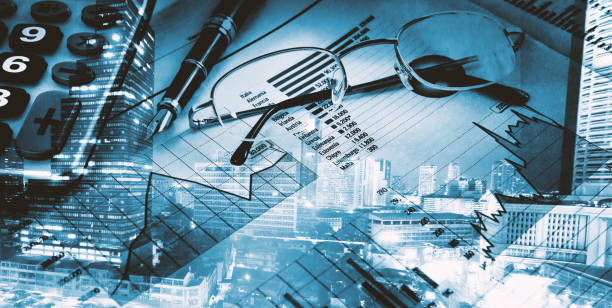 The summer of 2022 was supposed to be a period of relative inactivity in markets, with no major developments expected. However, the summer turned out to be much more eventful than anticipated, with the S&P 500 Index rallying 17% from its June low. Some attributed the rally to the illusion of a change in Fed messaging at Chair Jerome Powell’s July 27 press conference, while others credited the resilience of earnings.


Whatever the case, it’s clear that the summer price action can’t be trusted, as was illustrated last week when the S&P 500 posted its biggest weekly decline since July 1. If the trajectory felt uncertain in June, it’s even shakier in August, when stock prices are significantly richer but the fundamentals and fundamental uncertainty have changed as little as everyone expected.

What are the reasons for the summer slump?

There are several factors that contribute to the uncertain outlook for the markets. Firstly, the monetary policy outlook is unclear. Powell may push back against the notion that he will soon wind down the tightening cycle and start reducing interest rates when he speaks at Jackson Hole on Friday. This would mean that the Fed is not as hawkish as previously thought, and that interest rates are not expected to peak until later than initially anticipated.

Secondly, the earnings outlook is also unclear. Earnings season has been marked by widespread resilience, but it’s unclear what this means for the future. US companies experienced incredible earnings-per-share gains during the pandemic, and they still haven’t paid the piper. It is uncertain what kind of price they will pay, and analysts have not yet assumed a worst-case scenario.

Ultimately, the market narrative is far from settled. If the cooling of inflation is confirmed in reports due in September and October, that would finally give Powell the “series” of improving reports that he covets. However, it may take even longer than that to properly assess whether Fed increases are proving too much for the US consumer. Many economists still think that a recession would be a 2023 event. In any event, it’s likely that the vapid price action of the summer of 2020 will go down as a head fake and that the A-Team traders should get back to work soon, because the market is about to get real again.

This summer for Crypto

The summer slump in crypto continues, with volumes down 55% from the yearly average according to CoinShares. Bitcoin investment products including ETFs, ETPs and Grayscale’s GBTC saw a third consecutive week of outflows totaling $15.3 million. Overall, crypto investment products registered $1 billion in weekly volumes, which is well below the norm.

The weak demand among institutional investors is likely due to a combination of factors including market volatility, a rocky macro backdrop, and uncertainty around regulation. With the Federal Reserve’s annual Jackson Hole Summit coming up this week, there is potential for further volatility in the markets.

Options traders appear to be relatively unphased by the current market conditions, but large institutions have been offloading BTC due to forced selling. It remains to be seen how long the current slump will last, but it seems that institutional investors are content to sit on the sidelines for the time being.

As we approach the end of summer, investors are growing increasingly fearful of the impending winter. With the coronavirus still raging, the raw materials crisis showing no signs of abating, and inflation on the rise, many are predicting a sharp selloff in the ethereum market. This is due in part to the upcoming merge of the ethereum and bitcoin networks, which is set to take place in a few weeks.


While the exact details of the merge are still being worked out, many believe that it will lead to a significant drop in ethereum prices. This is because the ethereum network will effectively be absorbed into the bitcoin network, and as a result, many ethereum holders will be forced to sell their tokens.

The fear of winter is also causing many investors to cash out of their positions. With the virus still spreading and the economy in flux, many believe that now is not the time to be holding onto risky assets. This is especially true given the recent surge in bitcoin prices.

While the exact extent of the market selloff is still unknown, it is clear that investors are increasingly nervous about the future. The fear of winter, combined with the looming ethereum merge, could lead to a final capitulation in the market. This could result in bitcoin prices falling to around 16,000 dollars.

However, it is important to remember that fear is often irrational. The market may sell off in the short-term, but in the long-term, prices are likely to rebound. This is especially true given the current economic conditions. With the virus still raging and the economy in turmoil, investors are likely to flock to safe havens like bitcoin in the coming months. This could lead to a surge in prices, as investors seek to protect their assets from the coming winter.