European inflation at record levels - what does this mean for the crypto sector? 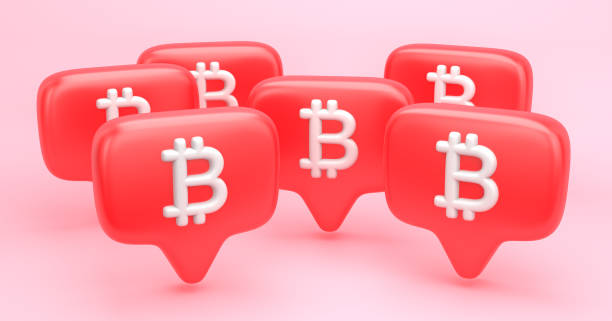 In recent months, inflation has been on the rise again, reaching a new peak in September. The devaluation of money was more than 10 percent higher than in the same month last year. This is the first time inflation has reached double digits. It is the highest inflation in the euro zone - the highest in Germany for 70 years.

The rapid devaluation of money now leads to an imminent economic crisis. This could also further fuel the bear market in the crypto sector. The greatest danger, however, is that innovation and development fall by the wayside.

Bitcoin is considered a safe haven in the event of inflation - but prices are not rising. Is Inflation Good or Bad for Crypto Now?
- Valued Reader

Inflation is currently also due to the central bank policy of recent years, but it is primarily the high energy, oil and gas prices that are fueling inflation.

Due to the high prices, it is no longer worthwhile for many companies to produce as the production costs would far exceed the profits. This leads either to massive price increases or to production stops. The result is the same: a deindustrialization of Europe. The economic crisis that followed and the rising number of unemployed could spread relatively quickly to other areas of the economy.

The ECB is currently trying to stop inflation with the largest interest rate turnaround in its history. The ECB has already announced rate hikes of 75 basis points (0.75%). The problem, however, is that the ECB can only fight core inflation, that is, the kind of inflation it has created itself. Meanwhile, the central bank has no influence on the inflation of energy prices.

Inflation is currently also increasingly affecting cryptocurrencies. Bitcoin is well below its all-time high at under $20,000. Most other cryptocurrencies have also entered the bear market. The massive amount of money pumped into the market during the pandemic once fueled the market. In the meantime, the money is being withdrawn from the market again due to the increase in interest rates. The consequences are massive sell-offs of a large part of the asset classes. Especially the risky cryptocurrencies. However, the impact on the industry could be much more serious.

Low interest rates and plentiful capital have allowed the crypto industry to thrive during the pandemic. The cheap money created new currencies, NFT and innovation in the market. Central banks are now raising interest rates to combat inflation. As a result, the money supply in the market, which until recently fueled innovations in the crypto sector, is falling. Now that could be the end of it. The largest crypto exchange Coinbase has already imposed a hiring freeze and announced layoffs. For the Crypto sector, inflation is halting growth and innovation for the first time in its history.

What sounds tragic at first could turn out to be the biggest opportunity in Cryptos history. With the deprivation of cheap money, unprofitable ideas, memecoins and market exaggerations will not last long. The high interest rates thus ensure a selection of the market, through which, in the best case, only the innovative projects, ideas and profitable cryptos exist. For the future and seriousness of the sector, the current period could be considered one of the most significant.