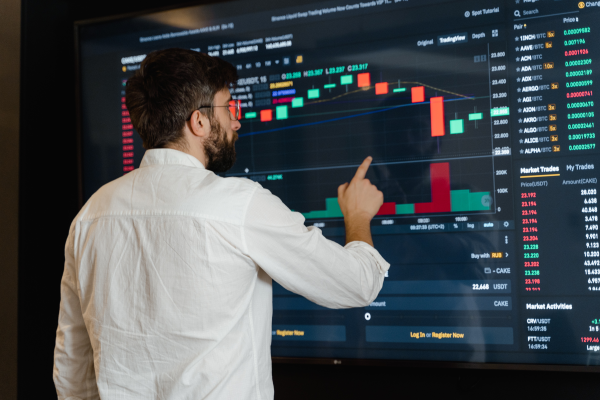 21Shares, a Swiss cryptocurrency specialist, has launched a new exchange-traded product (ETP) that tracks the price of Bitcoin at a much lower cost than its competitors in an effort to lure investors back into the asset class amid the ongoing crypto crash.
The launch comes as the price of Bitcoin has fallen by 70% from its November highs and the market value of top 500 crypto tokens has dropped to less than $1 trillion from a high of $3.2 trillion.
The new ETP, called Bitcoin Core (CBTC), has a total expense ratio of just 0.21%, which is below the last round of cost cutting when companies such as Fidelity and Global X offered products tied to Bitcoin at between 0.4-0.7%.
However, CBTC comes with a catch: unlike some rivals, it will be able to lend out some of its inventory of Bitcoins and probably would do so to help it earn a profit despite the low fees.
Moreover, the revenues will go to 21Shares rather than investors in the fund because cryptocurrency ETPs fall outside Europe's Ucits fund regime, which imposes stricter limits on securities lending.
Rashwan said it was not currently lending out coins but added: "it's very possible it will in the next month or two months. We will opportunistically lend." Trainer said the structure of 21Shares' loans "seems reasonable" but believed risks remained of borrowers potentially defaulting.
Singapore-based crypto hedge fund manager Three Arrows Capital became the latest victim of the credit crisis sweeping through the digital asset market last week when it fell into liquidation.
While the new cheap ETP will launche soon, you can allready buy 21Shares existing ETP with a 1.49% fee: https://www.boerse-frankfurt.de/etf/21shares-bitcoin-etp
Tags: bitcoin cryptocurrency stablecoin crypto BTC
Recently
Like Expected